A couple weeks ago the kids and I finally ventured over to Discovery Park. The playground at Discovery Park is pretty new. According to this ParentMap article it was installed at the end of 2017. It’s a really nice playground that has something for everyone. 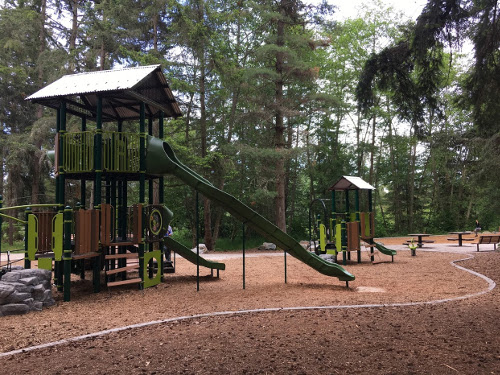 We parked in the Visitor Center East Parking Lot and then walked down the path on the east side of the visitor’s center to get to the playground. The playground is lovely and is surrounded by large trees. In fact, one of the critiques in the ParentMap article is that there’s so much shade that you may need extra layers in the cooler and wetter months as well as towels to dry off the slides.

In addition to nice, but fairly traditional, play structures the playground also had a lot of climbing options. 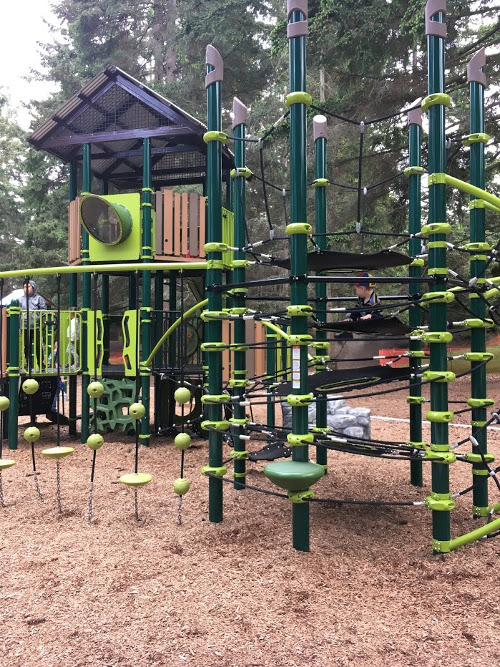 Though he also enjoyed the rope bridge. They had some interesting wooden half arch bridges that Julian enjoyed scrambling over. The large play structure was very tall. At the top it has a window that kids can look through. The structure also had a lot of different panels that the kids could play with. Overall, it’s a great playground and definitely worth visiting again, particularly on a hot day when one wants shade.